Scanning in the Peak District

Now labelled as one of the seven wonders of the Peak District, Poole’s Cavern is a 2-million-year-old natural limestone cavern near Buxton in the Peak District. Coining its name from an infamous fifteenth century medieval outlaw, Poole, who used the cavern as a hiding place, Poole’s cavern is now a famous UK landmark that is visited by thousands each year.

Though being open to the public now for over 100 years, new parts of the cavern are still being discovered. In 1988 a video camera was lowered into a borehole revealing the existence of another chamber, branded ‘Seventh Heaven”. Furthermore, the cavern has been designated a Site of Special Scientific Interest, along with another close by attraction, Grin Low, due to it’s geology and biology.

Chartered land surveryors, GeoTerra, were invited by the BCRA (British Cave Research Association) to scan the cavern, so they could gain a better understanding of the geological formation. Using GeoSLAM’s ZEB Revo RT, GeoTerra’s goal was to map both areas accessible to the public and the narrow spaces just big enough to crawl through – a system of caves measuring 300metres long and 50metres wide.

Due to the lightweight nature of the scanner, the team at GeoTerra were able to easily navigate the cavern using the walk and scan method, giving them the freedom to map the main network as well as any tighter or hard to reach areas. Making light work of the cavern, the ZEB Revo RT was able to capture all 15,000 square metres of the cavern in just one hour.

“This project presented a unique opportunity to explore parts of Poole’s Cavern that have previously been rarely visited. GeoSLAM’s handheld, mobile scanning enabled us to carry out the survey in all areas of the cave system, and in record time.”

If you’d like to learn more about how GeoSLAM solutions can help you, submit the form below. 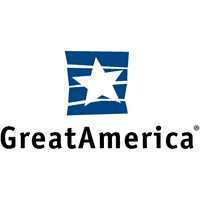