The future is bright at GeoSLAM; we’re pleased to announce the promotion of Neil Slatcher to Chief Product Officer.

Neil brings with him over ten years’ experience in the geospatial technology sector, having worked at GeoSLAM’s sister company 3D Laser Mapping prior to its merger in 2018, where he headed up the research and development division.

As chief product officer, Neil will be leading the company’s product strategy plans. He will develop a team of technology experts to work alongside him in the newly formed team, with the aim of cementing the company’s footprint in the construction, architectural, engineering and surveying market. 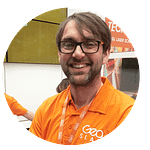 Commenting on his promotion, Neil said:

“The world is changing; there is more demand for people to map and manage the built environment than ever before and the products we design are becoming increasingly important to our customers. GeoSLAM is made up of some of the brightest minds in the industry, and I’m delighted to be involved in leading the product team in its next stage of growth”.

Neil’s promotion is part of the GeoSLAM’s wider strategy for expansion, as we recently revealed plans to recruit for a range of roles across its Nottingham headquarters and around the world.

Connect with Neil on LinkedIn.

Autodesk Navisworks is a comprehensive project review solution that supports co-ordination, analysis and communication of design intent and constructability. The software can be used as a common data environment (CDM) for multidisciplinary design data created in a broad range of Building Information Modelling (BIM) packages. Using the tools within Navisworks, users can anticipate and minimise and potential problems between the physical building and the structural model.

With the GeoSLAM Connect stop-and-go georeferencing feature, users can easily georeference headings from known positions and map for analysis of overbreak, underbreak, undercutting and blast roughness calculations. This information is used within Deswik Mapping to analyse headings and levels.

Although Unreal Engine is mainly built for developing games, increasingly users are starting to use it to develop VR applications for understanding the current conditions of buildings, infrastructure and similar. Unreal Engine with a point cloud plugin can be used to visualise GeoSLAM point clouds in VR, which allows for collaboration, simulation and the understanding of current conditions of any scanned environment. Additionally, Unreal Engine tools are completely free.

Arena4D is a software package for marking up, annotating and editing 3D point cloud data containing a various export capabilities. It has a powerful and simple to use animation package which allows users to visualise massive point clouds in a simple way. GeoSLAM data can be simply uploaded and used in this package for the assessment of the current conditions of any structure, comparing differences between captured data (as built) to designed model (as designed).

Nubigon is a software solution that allows users to seamlessly interact with large point clouds and create visualisations and animations. Take your GeoSLAM point cloud data into Nubigon to create eye-catching flythrough videos.

Here is an example of a visualisation created in Nubigon using GeoSLAM point cloud data: