All over the world, countries are looking to nuclear and hydro renewables, not only to provide their electricity needs but to meet climate goals. This is resulting in the decommissioning of coal-fossil power plants that no longer have a role to play in our fast-changing world. However, proper planning is essential as demolition can be potentially hazardous for the safety of personnel due to a plant’s age-structure, and onsite teams often having to operate across split levels and in total darkness. The removal of contaminated waste can be equally challenging. Cost is also a major factor and companies responsible for decommissioning a plant are continuously looking at ways to reduce costs while still providing a reliable, fast and efficient service.

Opened in 1962, the Athlone Power Station was the last coal-fired power station operating in Cape Town, South Africa when it stopped generating power in 2003. The iconic cooling towers, which were known by locals as “The two ladies of Athlone” and had long been a feature of the Cape Town landscape, were demolished in 2010. Aurecon, a global engineering, design and advisory company, won the tender from the City of Cape Town to project manage the site for the final stage of decommission. This involved surveying the plant, stripping, clearing and removing unused material, removing redundant equipment and certain historical structures, securing all remaining structures, leaving the site in a secure state and registering servitudes for remaining bulk services.

‘Athlone was a very challenging project,’ said Richard Matchett, Aurecon’s Digital Practice Leader. ‘There were places which were extremely difficult to access and, of course, with no electricity it meant literally working in the dark. Also, because of its historical importance, salvaging certain unique equipment had to be taken into account. We realised that with traditional surveying equipment it would take several weeks to accurate and safely survey the site. After researching the market, we turned to GeoSLAM for a proven solution that would provide the structural engineers, historians and environmentalists the data they needed without them even having to go into the building.  We felt that GeoSLAM’s ‘go-anywhere’ technology was tailor-made for a difficult-to-access site like Athlone.’ 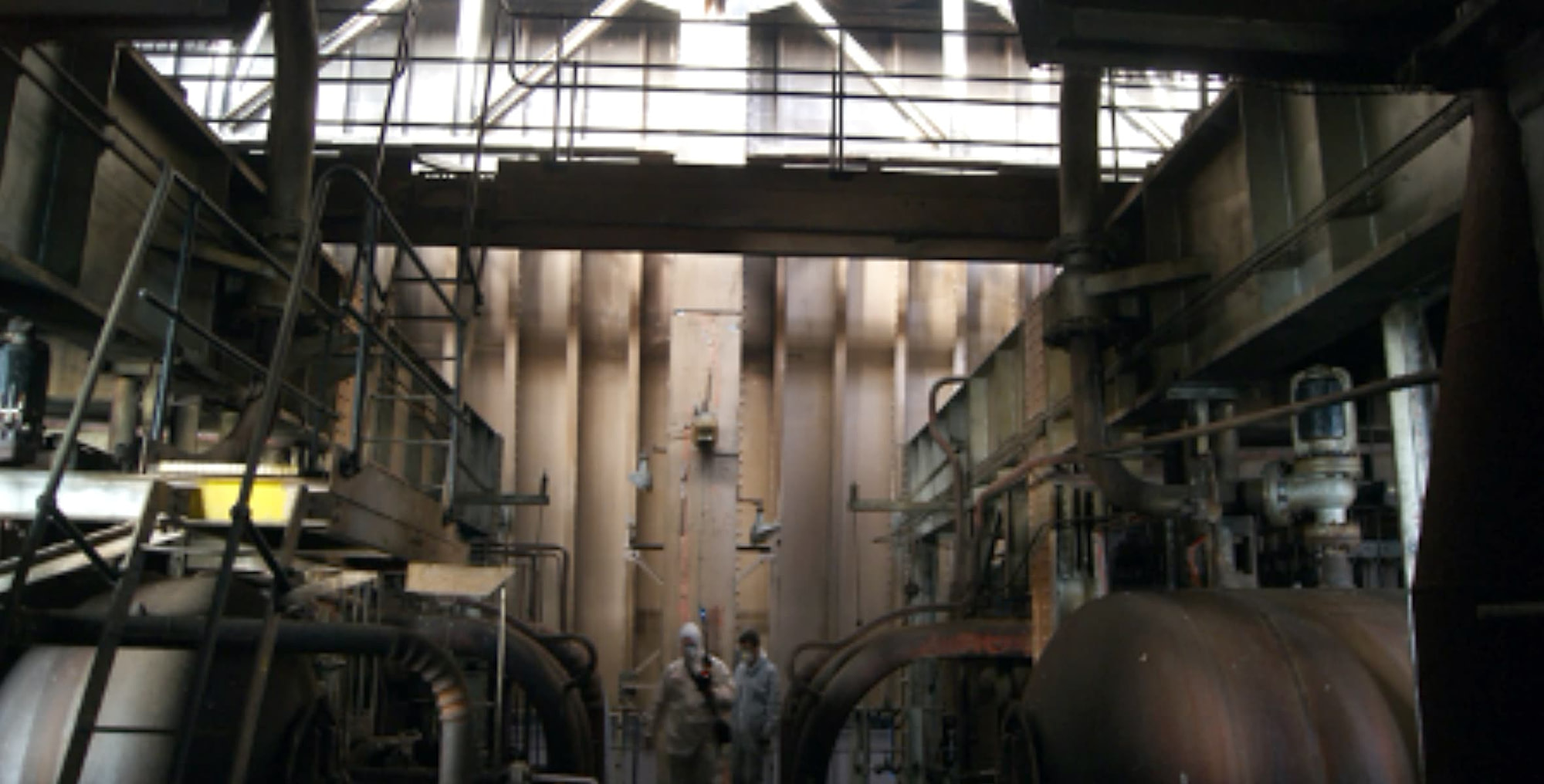 Just right for the job

GeoSLAM is a market leader in 3D geospatial technology solutions. Built for hazardous and harsh environments, GeoSLAM’s robust, lightweight, mobile laser scanners (with ratings up to IP64 level) operate indoors, outdoors, in daylight and darkness – providing accurate 3D mapping without the need for GPS. Opening up areas that are ordinarily off-limits to human survey teams, they can be attached to a vehicle, robot, trolley, drone, pole or cradle for more confined or dangerous spaces. Simple to operate, they are designed to be used without comprehensive training, meaning you can ‘pick up and go’, saving additional preparation time for any members of staff previously unfamiliar with the technology.

Capable of capturing 43,000 data points per second and high-resolution panoramic imagery at the same time, GeoSLAM’s range of ZEB mobile scanners store the exact location of each panoramic image enabling quicker and accurate surveys. 3D measurable information and imagery captured with the ZEB Pano uses the market-leading SLAM algorithm and enables the creation of both 2D and 3D floorplans.

Getting the full picture

Often with standard tools it is necessary to re-check the measurements, as it is difficult to see where the error is or even if there is one. With GeoSLAM’s mobile scanners you can not only look at the overall picture but clearly see all the individual measurements including topographical details alongside key features. Data is collected continuously while walking the survey area and no time-consuming set-up required. And, typically only one site visit is required.

‘The whole facility was scanned in three days of site visits, with daily data sets processed overnight.’ Said Richard. ‘This is really impressive for such a complex site. The combined datasets were available within a week of the scan, enabling our modellers to commence work on the classification of components in the power station.’

For the Athlone project, GeoSLAM’s ZEB Revo RT and Pano scanners were used with the ZEB Horizon. A drone was used to capture the plant exterior, providing a colourised point cloud. The building interior and exterior were scanned with the ZEB equipment and colourised where possible. These two data sets were merged to provide a full 3D model of the entire building. The laser scanning models were classified to define the structure and in accordance with the scope of work.

In addition, the scanning team generated photos to be used alongside the ZEB scanner, so that the offsite survey team could see the point cloud data generated and feedback commentary. As the scanning data was produced the team could make timely decisions about particular ‘points of interest’ e.g. structural cracks in the wall or pipes. This ensured no areas were missed and that any additional data could be gathered then and there to help classify the material and equipment. This was hugely time-saving for the wider team which meant they could make assessments and decisions together, but without actually going on.

The final 3D point cloud representation of the interior of the power station enabled the engineering team to assess and quantify the amount of salvage and scrapped material to be removed from the site, and also to plan the logistics of the removal in context with the physical shape and size of the existing building.

The efficient user-friendly GeoSLAM equipment enabled the team to safely and comprehensively survey this hazardous and complex plant. The 3D model provided an accurate replica which the various specialists and role players could safely and accurately analyse for activities such as material quantification, condition assessment and the preparation of decommissioning method statements.