At a height of 65m and an area of 18,000m2, one of Australia’s most recognisable landmarks covers an impressive amount of ground. Situated on the edge of Sydney Harbour with the eponymous bridge a short distance away, the performing arts centre is visited by over eight million people annually.

Producing a digital twin of a popular landmark like the opera house often leads to logistical headaches due to the popularity and scale of such sites. Intrusive tripod setups require visitor cordons, not to mention the hundreds of scanner setups required to capture every room. 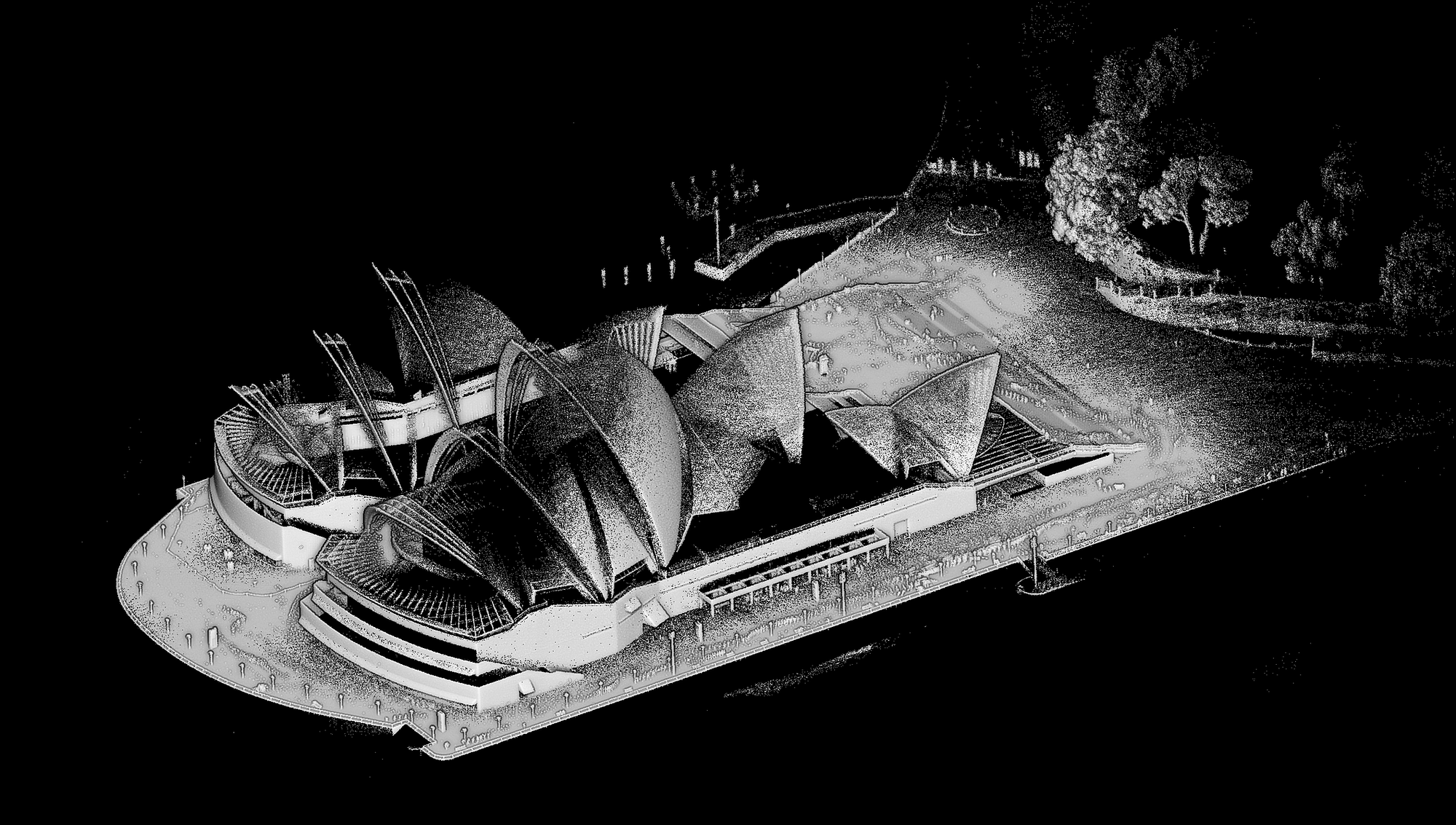 Enter, stage left, ZEB Horizon – the handheld SLAM solution. Suitable for both indoor and outdoor applications, the Horizon is ideal for scanning large sites quickly due to its 100m range and ability to capture 300,000 points per second.

Data shown here is from a recent project using the Horizon to scan the exterior of the opera house. Despite the throngs of people and fading light, this pointcloud was captured in just ten minutes while walking around the site at sunset. The ZEB Horizon’s CT SLAM technology means it is unaffected by light levels and data can even be captured at night, which is particularly useful for construction or engineering applications where contractors are often working around the clock.

Following data capture, the project file was then dragged and dropped into GeoSLAM Hub and processed in another ten minutes, meaning a complete dataset of the exterior of the opera house was produced in just twenty minutes overall.

Using the ZEB Horizon to walk and scan, the whole project was captured discreetly with tourists completely unaware that a site survey was being conducted.

Find out more about star of the show ZEB Horizon by contacting us today.